A milestone: The PANTHER at Vienna International Airport

3 minutes read
Previous Next
A milestone: The PANTHER at Vienna International Airport

This was something we’d been fretting over…
The PANTHER has been successfully performing its duties all over the world. Including at domestic airports in Austria: Graz, Innsbruck, Linz, Salzburg – no matter where you disembarked, the Rosenbauer PANTHER was there to ensure your safety.
Ironically, at the largest airport in the PANTHER’s homeland – the Vienna International Airport – the PANTHER was yet to roll out onto the tarmac.
Accordingly, in 2015, the developments of the company fire brigade at Vienna International Airport (VIE) were followed with a great deal of attention. New tactical approaches, a new service system, a modified fleet of vehicles – these were measures planned in order for the brigade to become even more powerful and also leaner. In terms of the fleet, that meant doing more with fewer vehicles than before (six instead of nine).

THIS was the perfect starting point for showing off the strengths of the Rosenbauer PANTHER. The specifications of the subsequent international tender revealed a hidden surprise: Two types of CFR vehicles were needed.
Four larger ones at that. The largest possible amount of water and foam, 500 kg of powder, maximum output rates, and full automation for one-man operation were the conditions.
Two such vehicles should be fitted with a HRET, the other two with a water monitor. Powerful performance data.

The requirements of vehicles number 5 and 6 of the future fleet were a little less robust, but no less technically challenging: 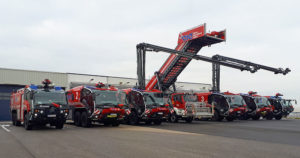 one compact but fully fledged aircraft rescue and firefighting (ARFF) vehicle. 8,000 liters of water, 2 x 1,000 liters of foam compound, 250 kg of powder, extensive technical and water-bearing loading with 4-man crew cab on 3 axles and a total maximum width of only 2.5 m.
The exciting thing about the purpose of these vehicles is they are not only responsible for the airside together with the 4-axle vehicles, but also have to be able to operate on woodland paths across the entire premises, including the Danube marshlands that fall within the airport’s jurisdiction. And all of this needed to be paired with acceleration and driving values in accordance with ICAO standards! 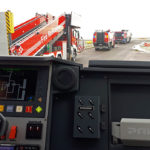 Thus, Rosenbauer threw our hat into the ring with four PANTHER 8×8 XL and two PANTHER 6×6 S – and the overall package of price, functionality, and quality impressed the jury!
An essential selling point was the driving performance, because ambitious intervention times had to be achieved. The PANTHER not only meets the requirements with its excellent acceleration and braking values and its high cornering speeds, but also affords the VIE airport fire brigade some leeway due to the time gained as a result of its driving performance. 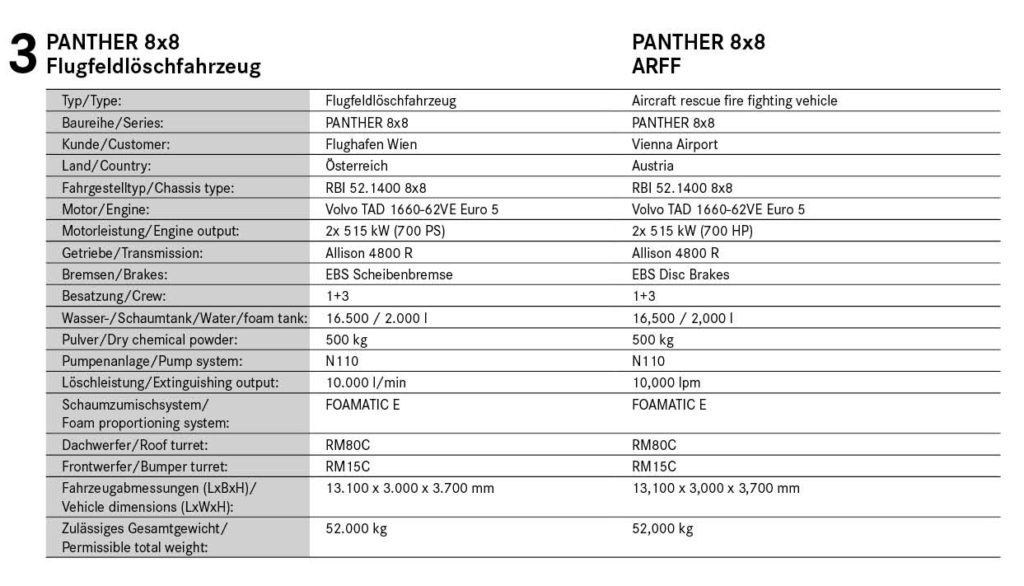