Extinguishing a fire for Rosenbauer (Part 1)

Many demands are placed on modern extinguishing systems. Extinguishing should be as efficient as possible, and the systems should require little power and offer the highest possible performance. In general, such a system should have the lowest possible weight and take up as little space as possible within the vehicle.

Rosenbauer is the only manufacturer to offer a complete range of extinguishing technology developed entirely in-house. This allows customers to assemble an ideal extinguishing system according to their requirements. And this ensures that all components are optimally matched to one another and that they operate flawlessly. 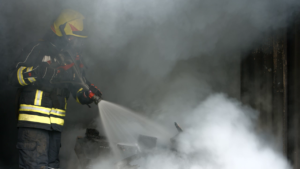 Efficiency in firefighting can only be partially demonstrated from a theoretical point of view. Therefore, it is essential to test the performance in real-life scenarios during development. While a vehicle or pallet fire may suffice for small fire extinguishers such as a UHPS ultra-high-pressure extinguishing system or a POLY extinguishing system, larger extinguishing systems also require larger fires.
Due to today’s environmental regulations, it is only partially possible to produce large real fires. But it is precisely these rare opportunities that make Rosenbauer fire extinguishing work so exciting for those involved – extinguishing fires to your heart’s content during working hours. 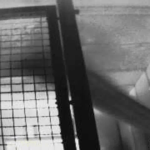 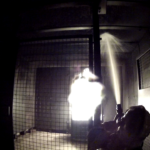 
Fire-fighting equipment for indoor firefighting can be tested in fire containers equipped with appropriate measuring equipment to measure temperature changes in the room. In some cases, we also do this in collaboration with customers who want to jointly evaluate extinguishing procedures. This is an exciting cooperation with experienced practitioners who want to further develop current technology and tactics.

Extinguishing tests on a large scale

A bigger challenge is to verify the efficiency of additives such as foaming agents. There are indeed standards that prescribe such extinguishing tests. However, since such fire tests are only prescribed on a small scale, only some conclusions on the extinguishing effect in large-scale use can be drawn.

For this reason, extinguishing tests have previously been carried out at a large training facility in England, for example. In addition to smaller tests, fire tests with a 60 m² liquid fire were also included in the program. I started getting uneasy when the 1000-liter tank was filled with diesel and I was only holding a fire extinguishing line with a 200 l/min flow rate in my hands. For a moment, doubt crept in, but there was no turning back. When the fire was ignited, a pitch-black column of smoke rose within seconds, and the sudden heat radiation made us take a step back.
But then came the start signal – the measuring systems were started – and it was time to fight the fire. 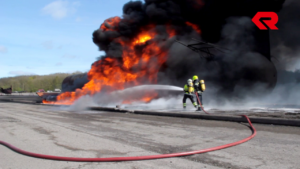 The goal was to extinguish the fire as quickly as possible with an offensive firefighting tactic. However, to do this, the tank had to be approached. This requires great confidence in the equipment, because at this moment any disruption of the water flow to the nozzle would pose a significant threat to us.

But the effort needed for extinguishing tests can be even further increased by means of foaming agents. More about this in the next part…