With 3,000 g of water on board and a side-mounted pump with a maximum output of 2,250 gpm the new fire truck of the Willards Vol. Fire Company Inc. truly lives up to the “firefighting giant” epithet. The vehicle was manufactured by Rosenbauer South Dakota in Lyons, SD and delivered by DPC Emergency Equipment, which is based in Marydal, Delaware.

The truck was built on Rosenbauer America’s Commander flagship chassis and has a 6×2 drive train and an authorized, maximum dead weight of 36.3 t. The 802 also possesses a high-strength, galvanized frame made from extruded aluminum, which in combination with extremely tough chassis components, such as Hendrickson front wheel suspension and Bilstein shock absorbers, make it practically indestructible. Furthermore, it is powered by a Cummins engine with 550 hp and has an automatic Allison 4000 EV transmission. The steering axle can withstand loads of up to 22.8 k and the tandem axle, 60 k, while additional safety is ensured by disk brakes, ABS, power steering and automatic traction control. The crew is offered maximum security by an ECE R29 crash-tested cab fitted with safety belts on all seats and front and side airbags (RollTek) for optimum protection against lateral impacts and rollovers. The vehicle is also fully equipped with LED fittings, which extend from the storage compartment and the crew cabin lighting, to the warning lights and flashers (Code 3).

Up to ten emergency personnel have room in the 70“ cab, the roof of which has been raised by 18“ in order to provide the crew with extra space to move around. Every firefighter has individual storage space in the cab for personal belongings and the steps and doors have been widened to allow rapid entries and exits. Spacious side windows and the panorama windshield provide improved, all-round visibility from every seat. The air conditioning system has a capacity of 67,000 BTU and thus creates a pleasant atmosphere irrespective of the weather.

An ingenious stowage system with revolving shelves, pullouts and drawer units provides sufficient space, while bulky equipment such as suction hoses and ladders are mounted on the outside of the superstructure. Hoses and other technical equipment such as manifolds can also be transported in the extended front fender, which in addition contains the acoustic warning device and a separate extinguishing water outlet.

A new star in the fleet

The Willards truck is unmistakable owing to its individually designed front section, which bears the fire department logo in the chrome-plated, center strut and the flag of the state of Maryland in the radiator grille. The vehicle went into service at the beginning of 2018 and constitutes the first responder for every fire. The Willards MD fire department fleet also includes three older engines dating from 1981, 1985 and 1996, a medium duty rescue dating from 2000 and since 2004, a small pumper for dealing with wildland fires. Moreover, the Willards Volunteer Fire Company Inc. also has an ambulance, as it acts as both the community fire and rescue service.

The Willards Volunteer Fire Company is responsible for the town of the same name in Wicomico County, Maryland. Its operational area covers some 40 square miles and is home to a population of around 4,500 people. However, the Company also responds to calls for assistance at emergencies outside the town and supports the neighboring fire departments with its equipment.

At present, the Willards Volunteer Fire Company has fourteen active and numerous lifetime members. They all share a pride in the department’s almost century-old history (founded in 1927) and intend to prolong it for many years to come. Chief C.K. Twilley is the Company’s current commander and is aided by Deputy Chief Kenny Twilley Sr, 1st Assistant Chief Brandon White and 2nd Assistant Chief Kyle Gray. 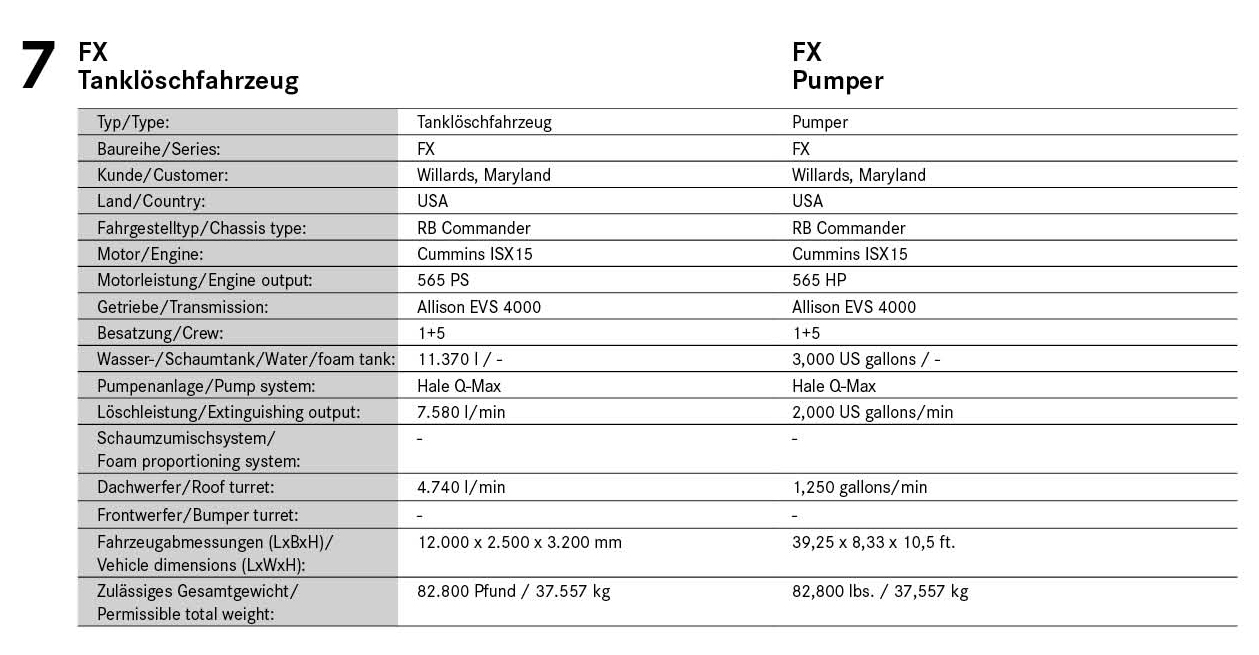 About the Author: Josef Kern