Previous Next
20,000th FOX in action in northern Germany 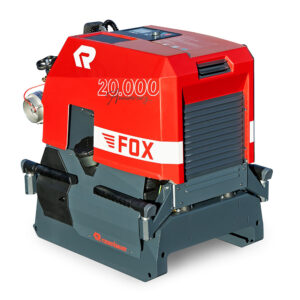 In December 2019, the 20,000th Rosenbauer FOX portable pump was ceremoniously handed over to the Elsdorf-Westermühlen fire department in Rendsburg-Eckernförde district by our Rosenbauer sales partner in Schleswig-Holstein, Kraft Feuerschutz GmbH, based in Rendsburg.

The FOX 4 supplied by our sales partner Kraft to the Elsdorf-Westermühlen fire department is a PFPN 10/1500 in terms of performance. The pump is equipped with a fully automatic pumping pressure control, fitted with an automatic cavitation warning device and overheat protection. These functions make the operator’s job much easier. 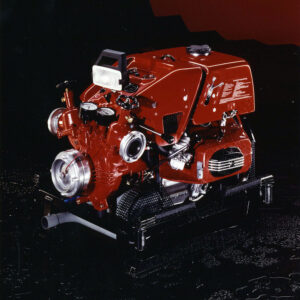 The first generation of the portable pump FOX

The success story of the Rosenbauer portable pump family began with the FOX 1, which was introduced in 1987. In 1997, the FOX 2 was launched, becoming the first Rosenbauer portable pump to be fitted with an injection system and a tank below. The FOX 3 followed in 2005, which impressed customers with its capacity of 1,600 liters at 10 bar and a weight of just 167 kg when full. The FOX S was launched at the end of 2015, with the intention of taking on the former role of the TS 8/8 class, with a capacity of 1,050 liters at 10 bar, and with an operating weight of just 150 kg.

Soon thereafter the FOX 4 was launched, a portable pump with outstanding performance values. With 1,750 liters at 10 bar and an operating weight of 166 kg, it is thus the strongest and lightest FOX ever. The high-end model can be fitted with a wide variety of optional extras, and equipped according to customer specifications. Among other things, these include LED illumination of the support frame and the pump itself, a fully automatic pumping pressure control with inlet pressure monitoring, overheat protection, an operating unit specially developed for operation in the TSF-W, with rotatable pressure outlets and a fixed foam proportioning system. And last but not least, the option to equip a USB port to directly charge cell phones, radios or even a tablet was added in 2019.

Demand shows that many experts were wrong with their assessment in the early 2000s. Our Rosenbauer sales partners sell more than half of the approximately 900 FOX portable pumps produced annually upon the German market. In retrospect, the use of portable pumps is more widespread than ever.

About the Author: Torsten Ritzmann