The Frankfurt Fire Department is one of the largest in Germany. There are twelve fire and rescue stations scattered throughout the city with a total of over 1,000 firefighters. In addition, there are about 900 active firefighters working at 28 volunteer fire departments.

Time for Something New with Proven Quality 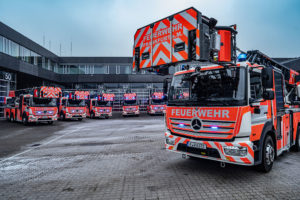 In 2014, the Frankfurt Fire Department took the first step towards replacing its aerial ladders, which have been in service since 2001.

The predecessor ladders were built on a 3-axle chassis with a very short wheelbase and actively steered trailing steering axle to keep the turning radius as small as possible. This concept has proven itself in the last 18 years in the operations of the fire department.

Sticking to the concept of the three-axle chassis with actively steered trailer axle was one of the core requirements for the new vehicle generation. The second core requirement was the use of a ladder set with articulated ladder. Previous good experience with an L32A-XS leased since 2013 helped with the decision.

From Requirement to Solution 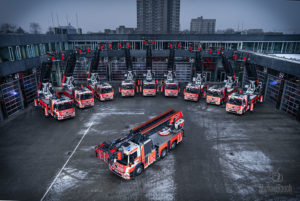 In the spring of 2015, a procurement procedure for the delivery of a total of 10 aerial  ladders was initiated across Europe.

The biggest difficulty of the bidding phase was finding a solution for the required ESP. Since the trailing steering axle was not available ex-works, there was no ESP solution from the chassis manufacturer. After intensive discussions with the chassis manufacturer and chassis conversion partner, it was possible to agree on a joint development and adaptation of the ESP.

In April 2017, we received the order to supply the aerial ladders for the Frankfurt Fire Department.

An Aerial Ladder goes into Production

After completion of the first ladder in April 2018, intensive road tests were carried out to adapt and extensively test the ESP.

In December 2018, we received the additional order for an 11th vehicle, which will be delivered in September 2019.

Other fire departments have also shown interest in this concept, which was developed especially for inner-city operations. 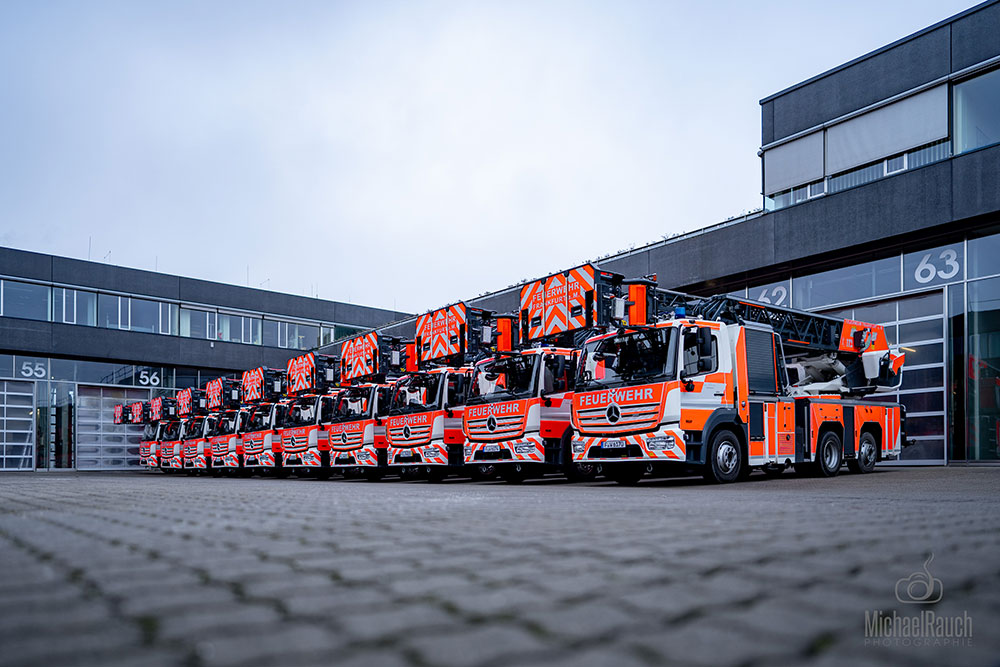 Special features of this concept: